Kelly performed as Flounder in The Little Mermaid alongside her peer mentor, Gracie 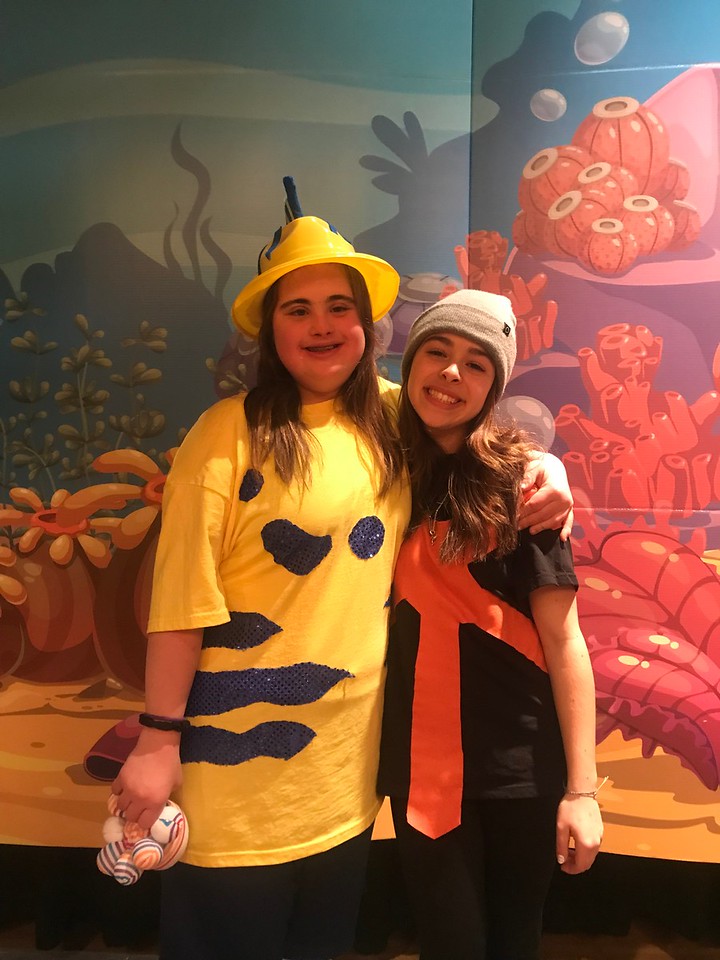 “Kelly has been in the program since she was 4 years old and absolutely loves coming back year after year. SGT is a place that Kelly can express herself without judgment and a place she can perform and shine. She has shown growth in her self-confidence, the ability to memorize words to songs, learn dance numbers, focus and in completing a task.  In her first few years, her goal was to stay on stage the whole time. She used to go to the bathroom during the performance or would want to be with grandma in the audience. Now she is on stage awaiting the grand finale! She loves acting and also loves the whole process that it takes to get to the final performance. She really likes the social aspect of it too!”

Nicole performed as Lumiere in Beauty & the Beast alongside her peer mentor, Lauryn 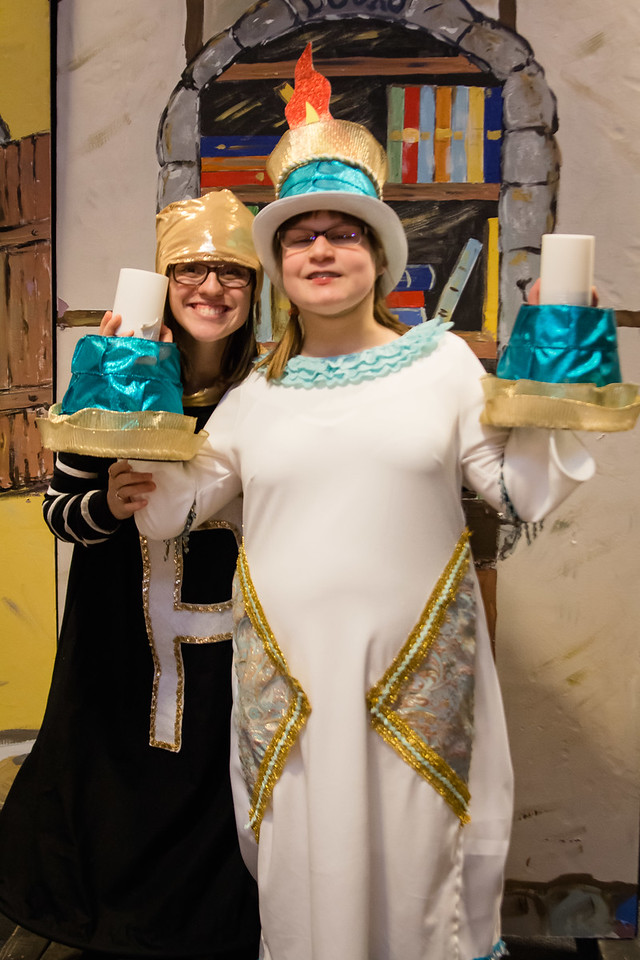 “We’ve seen immense growth in Nicole’s self-confidence, ability to have friendships, and ability to understand stories: the characters, how they interact, how they might feel. When we signed up, we thought MTP was about the performance. That is just one aspect. Trained professionals work on individual student goals. As a parent of a child with special needs, I always look at how Nicole will benefit from a program, and MTP has allowed Nicole to grow in many ways that we did not expect from a theatre program.  When Nicole’s peer mentor was graduating and leaving for college, she shared how she loved seeing Nicole every week, how it helped her through difficult times—and influenced her career decision to become a special ed teacher.  That was really eye-opening—to realize SGT isn’t only about how Nicole can benefit, but how Nicole can contribute.”

Quinn performed as Michael Banks in Mary Poppins alongside his peer mentor, Isabella 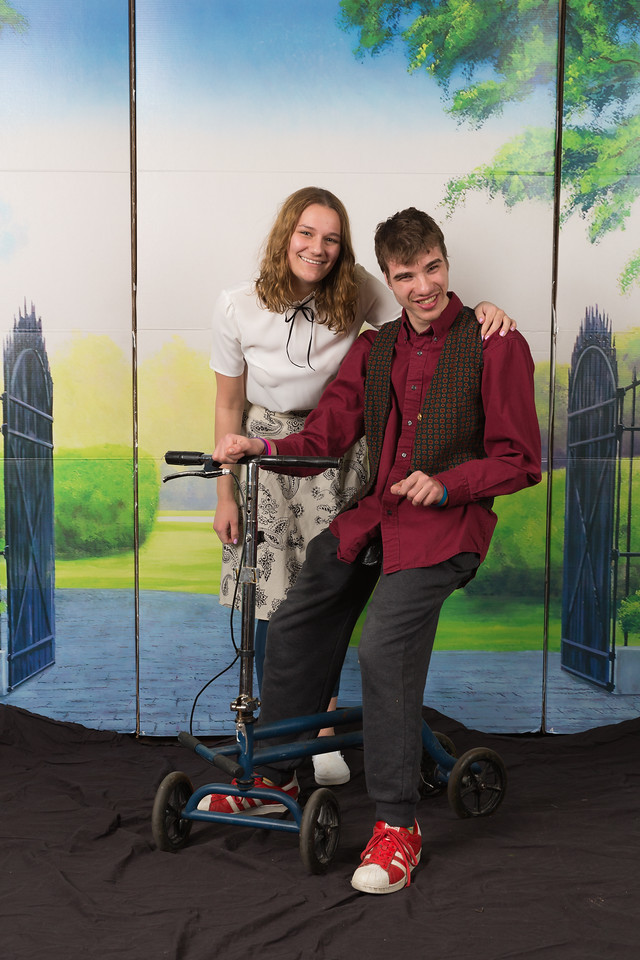 Quinn, along with his twin brother, Spencer, have been part of SGT for many years and with each passing year, their self-image and self-confidence have continued to grow.  Quinn comes to rehearsal every week with a positive attitude, ready to work hard and learn new skills while having fun with friends.  Quinn is pictured with his peer mentor, Isabella, who has been a special peer mentor to Quinn for many years.  It is awesome to see the relationship that has grown between Quinn and Isabella both on stage and off!

Maddy performed as Princess Natalia in The Little Mermaid alongside her peer mentor, Yael 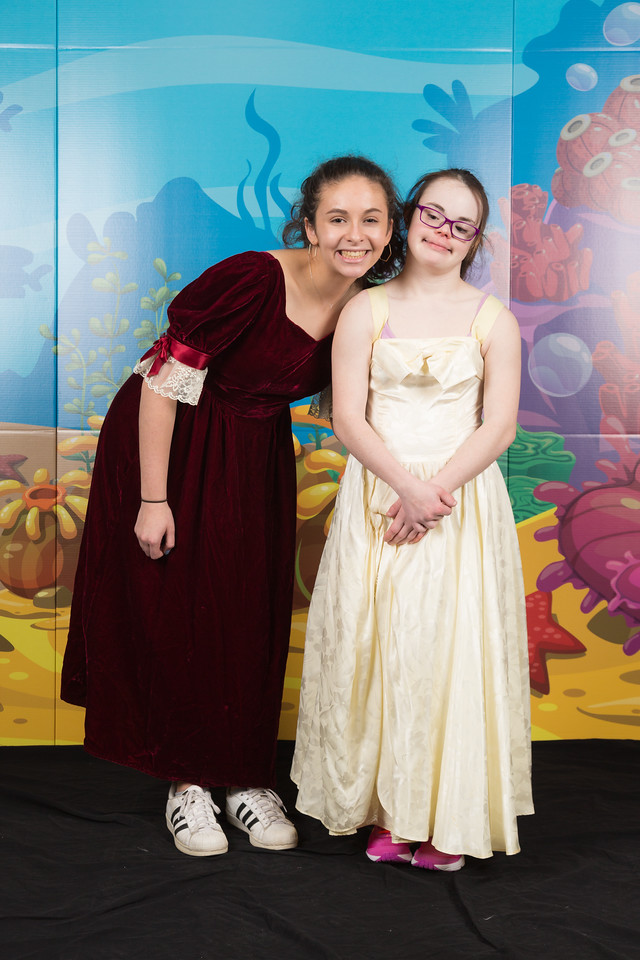 “My daughter Maddy’s life has been transformed by SGT. She loves all things related to SGT and the Musical Theatre Program: dancing, singing and being on stage, performing with her friends. But what Maddy loves most is time she spends with her peer mentors. They are not just peer mentors to Maddy—they are her friends. Being involved in SGT has given Maddy the opportunity to feel comfortable allowing others into her life. She has learned to be responsive to others while engaging in meaningful conversations. From a therapeutic standpoint, this is exactly the outcome we had hoped for when we signed Maddy up for SGT so many years ago.  Watching Maddy laugh while hanging out with her best friends every week is absolutely priceless!”

Max performed as Priivate the Penguin in Madagascar alongside his peer mentor, Katie 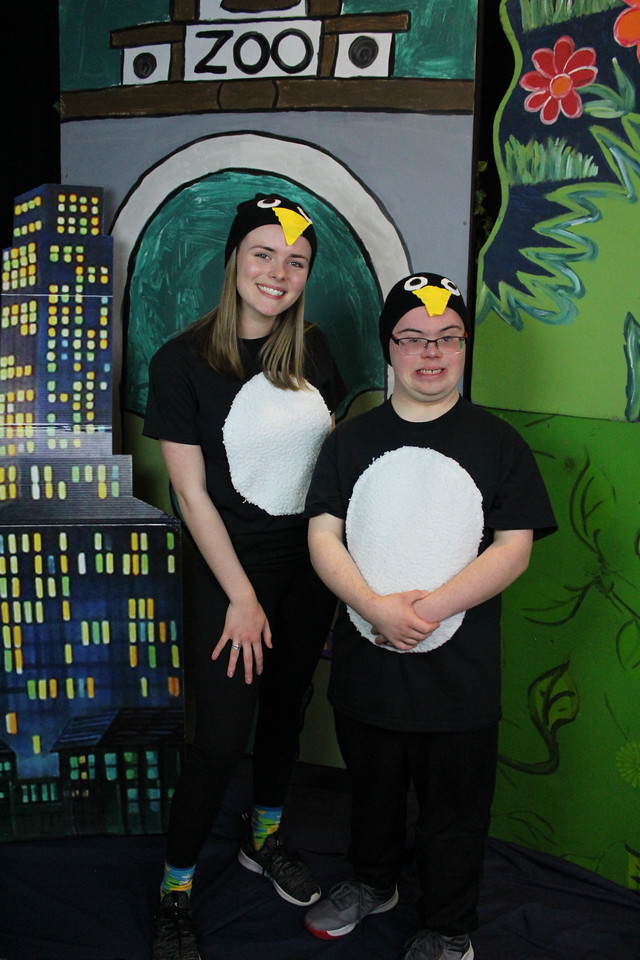 “Max has gotten so much out of SGT.  He’s gained a significant amount of self-confidence. Staff are supportive and helpful: pushing him when he needs a little push; pulling back when they know he needs some time… When you have a son or daughter with special needs, especially when they’re first born, you really don’t know what’s coming down the path. From the perspective of that first day, moving forward to the day when you see them on stage doing amazing things, it’s special—beyond words.”

Click below to watch a video of our students in action: